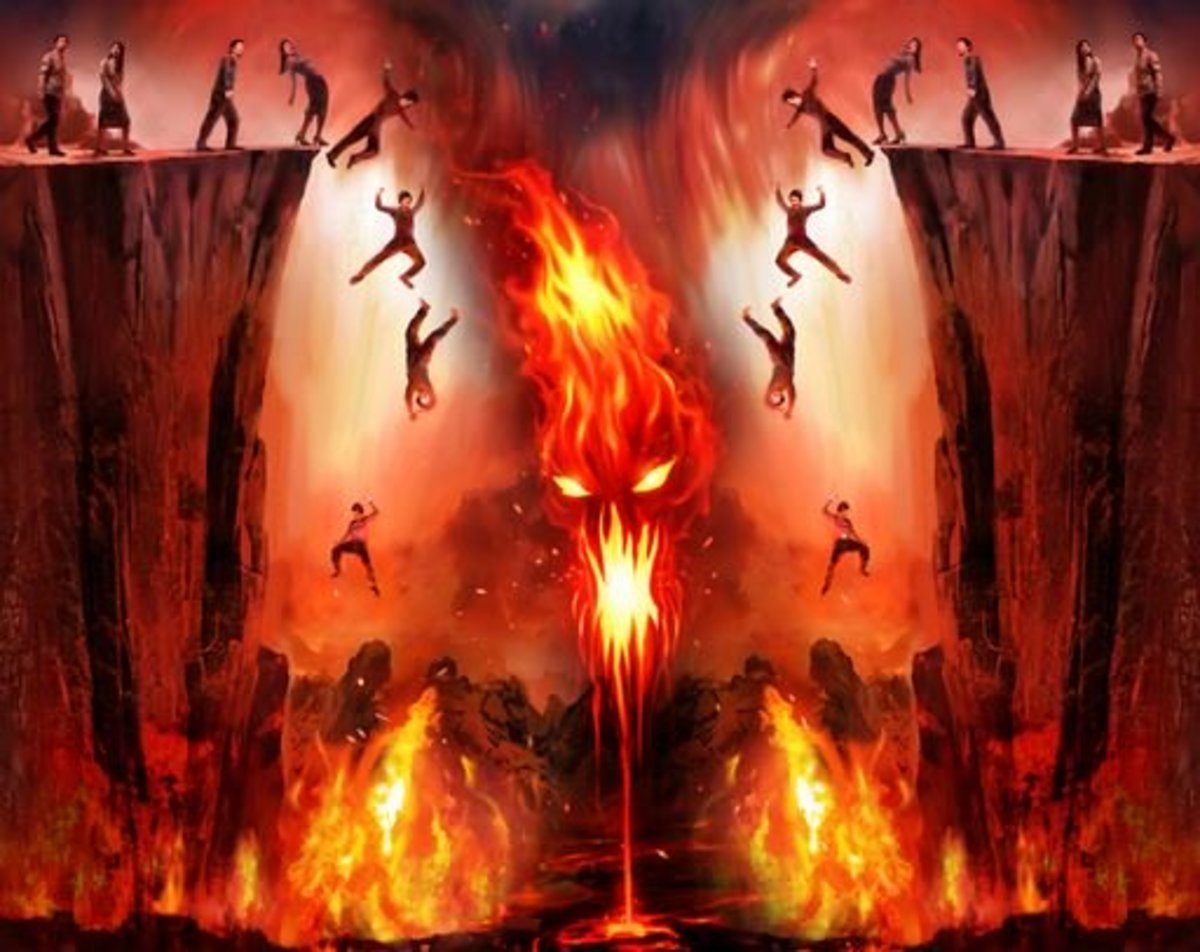 I want to share what I call a personal experience about hellfire (that place the unsaved end up after departing this life). This vision happened about 21 years ago, precisely the year 1999.  The Lord mercifully and graciously showed me a vision of hellfire which has been with me ever since and I have only shared it to a few people over the years and I repent for having not obeyed God to the fullest in doing what He commanded.

It was just as I was in this dream- vision that I saw this thick darkness that not even the darkness we have at night can be compared to – not only was I in that thick darkness; I was not alone, as I felt a presence leading me around, like a tour guide of some sort — but invisible to me.

It would be safe to say it was an angel of the Lord but he was invisible to me so I couldn’t see his form or figure but I felt his movements and heard his instructions loud and clear.

Friends the kind of thick darkness I witnessed in that vision was really scary as there were no walls, no trees, no life, just pitch black, I could see nothing even my own hands were invisible to my eyes because of the thick darkness that covered the atmosphere there and I asked the voice that was leading me around, I said, ” Where is this place? And he said “this place is called, Babylon.” and I asked, “What is happening here?” he said, “it is a place of torment for those who died without Christ, and this is the place God keeps them for a while till He will throw them into the lake of fire” and true to it, I was hearing screams and shrills but the darkness was such that I could not see anyone but I saw figures and motions that depicted pain and sufferings of various magnitudes through the gyration and wriggling that was evident.

Still, trying to fathom what kind of place it was and what manifold pain the inhabitants were in, with fear and trepidation in me; I heard the voice said to me again, “follow me” and I followed, as I already knew he was there as some type of guide sent by God Almighty to show me around but he was still very much invisible to my eyes as I only felt his presence and heard his voice.

Soon enough, we got to the end of the cliff and I saw that I was standing at the top of a very mountainous precipice and he said to me to look down and I saw the most frightening thing ever; it was like the Atlantic ocean rushing and gushing to and fro, flowing, billowing and bubbling too, the only thing different was that this particular ocean was fiery red

41 The Son of Man will send out His angels, and they will gather out of His kingdom all things that offend, and those who practice lawlessness, 42 and will cast them into the furnace of fire. There will be wailing and gnashing of teeth.

41 “Then He will also say to those on the left hand, ‘Depart from Me, you cursed, into the everlasting fire prepared for the devil and his angels:

And the voice said to me “Go and warn them”, “tell them no one wants to end up here” and I woke up with sweat and fear.

I was like who would believe what I just saw, and I was so troubled in my spirit, and the Holy Spirit told me to share it in Church but I was too scared as I listened to the voice of discouragement that everyone who heard would laugh at me so I delayed for a while and I refused to do it but later I summoned enough courage to go up and share the testimony, guess what? Just as the Bible says, the carnal mind cannot comprehend the things of the spirit so the people at Church responded coldly and laughably too at the nerve of this small girl coming to tell them about hellfire, and from that day I became so afraid to share the testimony from thence but, thank God that today by the mercies of God I was not consumed before being able to share it with you today.

We must all repent or it will be terrible on that day.

Click below links for more Reads on Visions of hell