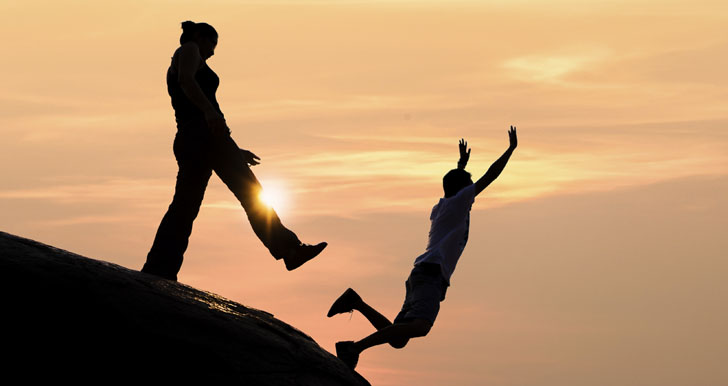 Matthew 24:10
At that time many will fall away and will betray one another and hate one another.

Psalm 118:8
It is better to take refuge in the Lord, Than to trust in man.

Psalm 55:12-14
For it is not an enemy who reproaches me, Then I could bear it; Nor is it one who hates me who has exalted himself against me, Then I could hide myself from him.But it is you, a man my equal, My companion and my familiar friend; We who had sweet fellowship together Walked in the house of God in the throng.

Jeremiah 12:6
“For even your brothers and the household of your father,Even they have dealt treacherously with you, Even they have cried aloud after you. Do not believe them, although they may say nice things to you.”

Mark 14:18-20
As they were reclining at the table and eating, Jesus said, “Truly I say to you that one of you will betray Me—one who is eating with Me.” They began to be grieved and to say to Him one by one, “Surely not I?” And He said to them, “It is one of the twelve, one who dips with Me in the bowl.

Matthew 20:17-19
As Jesus was about to go up to Jerusalem, He took the twelve disciples aside by themselves, and on the way He said to them, “Behold, we are going up to Jerusalem; and the Son of Man will be delivered to the chief priests and scribes, and they will condemn Him to death, and will hand Him over to the Gentiles to mock and scourge and crucify Him, and on the third day He will be raised up.”

Luke 22:3-6
And Satan entered into Judas who was called Iscariot, belonging to the number of the twelve. And he went away and discussed with the chief priests and officers how he might betray Him to them. They were glad and agreed to give him money.

Matthew 26:21-23
As they were eating, He said, “Truly I say to you that one of you will betray Me.” Being deeply grieved, they each one began to say to Him, “Surely not I, Lord?” And He answered, “He who dipped his hand with Me in the bowl is the one who will betray Me.