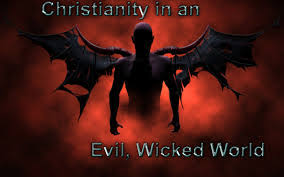 Persecution is Real and it’s Getting Worse Yearly!!!

This is actually a repost from my old blog channelofhealing.blogspot.com.ng.  Also,  this a ten year old post and I’m so afraid things are getting worse.

Folks persecution is real, you may not be in jail or be kidnapped but,  your free – speech and thought – process is been kidnapped from you daily in the name of ‘political correctness’.

‘In the past  there was once a time the name of Jesus did not offend people, the word ‘gay ‘meant happy but,  today we have people hypersensitive to all things pertaining to Christianity and .

This is getting out of hand nowadays you cannot mention the Name of Christ without being called – out on it, yesterday my husband visited  Skynews websiteand was so interested in commenting on the Antigua Murder poll but all that excitement was short-lived  because he was not only disappointed after he had commented and his comment was submitted for verification but for his comment to be refused after he was told to wait  for a while.

Why  . . . because he mentioned Jesus Name. . . Oh the Name of Jesus made them reject His comment! (What a Wicked World)

Very sad incident, what a wicked world . . .  too much guns. . . too much knives and people willing to use them. JESUS HAVE MERCY!!!

As if that was not enough, I was watching Fox Newsthis evening and a lady guest said on Studio B “Oh My God!” the the anchor Shepard Smith was like, what did you say? and she said, am sorry!  I wanted to say “Oh my Goodness Gracious” I was supposed to say Goodness Gracious. . . she said.  I was like this is even a conservative network and God’s Name cannot be mentioned. I wonder what happens in the other Networks.

Persecution may come in different forms whether it be subtle or even bold and in your face.  Child of God you must not be afraid to use the name of Jesus everywhere,  anywhere even if it frustrates people, I don’t care. why should Jesus Name be a problem to people?  Child of God You must know that you are on the right side . . .  Jesus Side!!! Halleluyah!!!

Gospel for Asia missionary Amil Romir refused to comply with a local government official’s request to denounce Christ and discontinue his ministry in the small country of Bhutan.

Amil was summoned to the office of the local political leader. The man asked him to write a statement saying, “I will never preach about Jesus Christ and will never show the film on the life of Jesus Christ in this area.”

Since Amil refused to turn his back on Christ, the officials have threatened to send his case to a higher authority.

Amil and his ministry have been the target of anti-Christian extremists for several months. In June, local officials interrupted a worship service that Amil was leading. They were delivering a warrant calling for each of the Christians in the service to appear before the local government body and answer questions.

On June 30, Amil and his congregation appeared before the authorities, at which time each believer was questioned individually about how they became a Christian.

“We received Jesus Christ as our personal Lord and Savior by our own decision and conviction,” one believer told officials. The other Christians echoed this testimony. Amil answered each of the questions they asked about the ministry.

They authorities declined to arrest Amil or the Christians, but they tried to force them to sign a statement saying they would not tell others about Jesus.

When these Bhutanese Christians refused to sign the statement, the officials let them go under the condition that they would not have any meetings or worship services and that they would come back and clean the government office and grounds every 15 days.

Amil and his church members are making the most of their unusual “punishment” by continuing to be examples of Christ’s love and humility as they serve these local officials.

Bhutan is a difficult place to minister the Gospel. In the past, elected officials have banned Christianity and denied citizenship to anyone who refused to practice the state religion of Buddhism. It is illegal for Christians to even meet in homes for worship in Bhutan.

Amil asks for continued prayer that God will continue to use him effectively, in spite of the circumstances. He also seeks prayer for those who oppose the ministry. He would like to see them turn to Christ.

Amil also asks for prayer for the Christians in his congregation, that God would continue to give them courage and help them stand firm in their faith.

1 Thessalonians 3:3-5, 3so that no one would be unsettled by these trials. You know quite well that we were destined for them. 4In fact, when we were with you, we kept telling you that we would be persecuted. And it turned out that way, as you well know. NIV

Matthew 10:27-28 27What I tell you in the dark, speak in the daylight; what is whispered in your ear, proclaim from the roofs. 28Do not be afraid of those who kill the body but cannot kill the soul. Rather, be afraid of the One who can destroy both soul and body in hell.

Life is Tough, Life is hard but God is faithful!