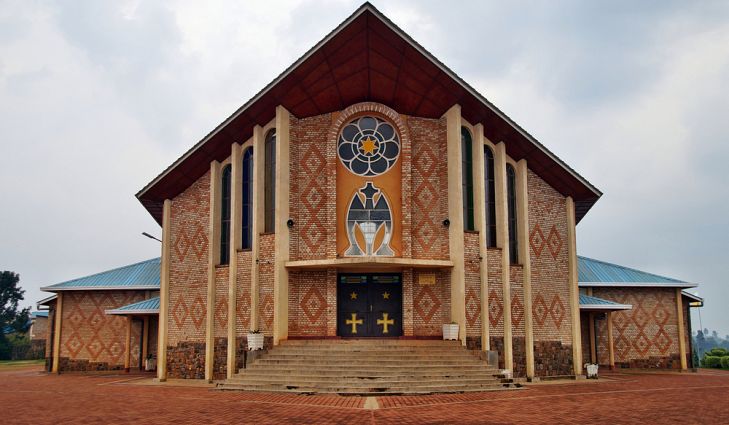 The first Europeans arrived on the coast of W. Africa at the end of the 15th cent., but for the most part, they were involved in the slave trade rather than in evangelization. In the 19th cent. there was sustained missionary activity by Churches of every denomination. Anglicans, Methodists, and Baptists were active in Sierra Leone and, with Presbyterians, in Nigeria, while Methodists also set up missions in Ghana, Gambia, and Dahomey. The RC Church enjoyed a favored position in the Congo, and RC missions were established in almost every part of W. Africa. In French territory, Evangelicals (including A. Schweitzer) were active.

The independence which most W. African States achieved after the Second World War was matched by the establishment of national Churches by Protestant bodies and the replacement of the older vicariates by hierarchies in the RC Church. In 1951 the Anglican dioceses in the area, except Liberia, were formed into the Church of the Province of West Africa. In 1979 a separate Nigerian Province was formed out of part of it, but in 1982 the diocese of Liberia was joined to it.

France encouraged Roman Catholic missionaries’ right from the start of her colonial activities in West Africa. The Church had its strongest hold in the Senegambia area. Unlike the Portuguese, the French colonial officials encouraged the Christian missionaries in the promotion of formal education and social services, notably health.
the middle of the eighteenth century, a fervent wave of evangelical spirit developed in the United Kingdom, Europe and the New World which inspired men and women with the missionary fervour to found religious societies whose members would go out to Africa and the other lands. They were to spread the message of the Gospel, render social services to the people and to assist in the suppression of slavery and the slave trade. These new movements considered such ventures to be their contribution to Europe’s reparation for centuries of exploitation of Africans, reparation for the centuries of exploitation which the Trans Atlantic slave trade had caused to African society.

Next Christianity in Nigeria

Scripture for the Week

The Law and Grace cannot be interchanged.

Why, “Only Jesus matters”: 7 Things No One Can do For You