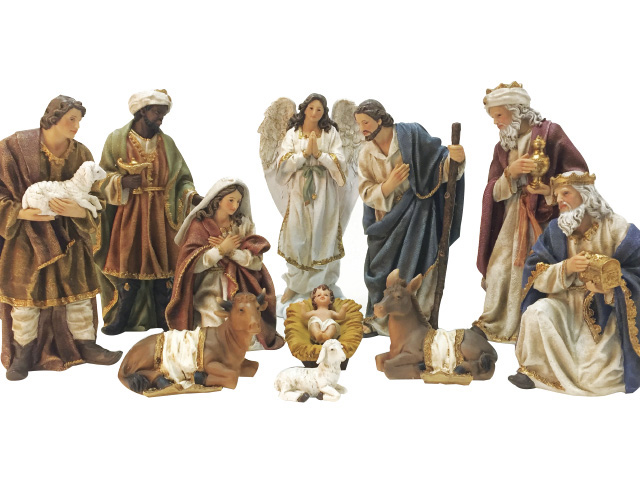 Joy to the world for our Savior is come. Jesus is the reason for the season.

Matthew 1:18-25
[18]Now the birth of Jesus Christ took place under these circumstances: When His mother Mary had been promised in marriage to Joseph, before they came together, she was found to be pregnant [through the power] of the Holy Spirit.
[19]And her [promised] husband Joseph, being a just and upright man and not willing to expose her publicly and to shame and disgrace her, decided to repudiate and dismiss (divorce) her quietly and secretly.
[20]But as he was thinking this over, behold, an angel of the Lord appeared to him in a dream, saying, Joseph, descendant of David, do not be afraid to take Mary [as] your wife, for that which is conceived in her is of (from, out of) the Holy Spirit.
[21]She will bear a Son, and you shall call His name Jesus [the Greek form of the Hebrew Joshua, which means Savior], for He will save His people from their sins [that is, prevent them from failing and missing the true end and scope of life, which is God].
[22]All this took place that it might be fulfilled which the Lord had spoken through the prophet,
[23]Behold, the virgin shall become pregnant and give birth to a Son, and they shall call His name Emmanuel–which, when translated, means, God with us. [Isa. 7:14.]
[24]Then Joseph, being aroused from his sleep, did as the angel of the Lord had commanded him: he took [her to his side as] his wife.
[25]But he had no union with her as her husband until she had borne her firstborn Son; and he called His name Jesus.

Merry Christmas From us at Jesus babe!