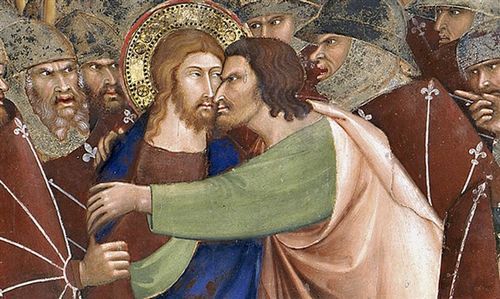 Judas Iscariot, is someone we are all acquainted with and we know what the name connotes even amongst unbelievers. To date, no one has named their child -Judas since the betrayal of Christ by this man, all because of the negativity surrounding the man who betrayed Jesus Christ with a kiss for 30 pieces of silver.

Since then almost anyone who betrays another person is called ‘Judas’ and it will never change till the return of Christ… that’s how notorious the tag Judas was/is.

This post is about the ministry of Judas who was counted amongst the twelve disciples/apostles of Jesus Christ, we are looking at some true and sad facts about the life and ministry of this man who could have been everything the other disciples of Christ were.

THE MAN JUDAS AT A GLANCE

He was a disciple of Jesus Christ.

He was a Jew and not much is known about his family or background, it may be the resultant factor from the stigma of what he did and how infamous he was.

He stole from the Lord and the disciples. John 12:6

He betrayed Jesus with a kiss

He regretted his actions and committed Suicide Matthew 27:3-5

He was called by God Himself, Jesus called him into ministry and this shows us the fact that God calls everyone and He called even the one who would betray Him.

Judas was not a genuine disciple he was a fake because he was not a believer in Jesus and hence the devil used him successfully.

Judas was thief who helped himself from the ministry purse and this greed would eventually lead him to betray the Savior for 30 pieces of silver.

He was unrepentant even when he sold out the Lord he couldn’t bring himself to repent though he regretted his actions, it was too late and he killed himself by suicide.

He was replaced by another Mathias through the Holy Spirit intervention.

CONCLUSION:
So it is with anyone who operates in this way. One may be numbered amongst the believers yet have no place in eternity… God forbid that for any of us in Jesus’ name, Amen.

Merry Christmas From us at Jesus babe!

Without Jesus, We Can Not Know God!